The 2017 North American International (Detroit)Auto Show media days have come and gone. It was a very down year for the show, a number of major manufacturers passed on the show and there were no big debuts.

With that said, let’s have a look at some of the booths and some of the cars from the show.

Michelin and Tire Rack invited us down to the University of Notre Dame to demonstrate the latest technology in Winter Tires. You can read the article over on Hooniverse.
http://hooniverse.com/2016/10/05/the-time-i-drove-a-car-on-a-hockey-rink-with-michelin-and-tire-rack/

A year ago we were out in California to drive the all-new Toyota Prius. Now we are back in California to drive the first riff on the Prius, and that is the Plug-In version they are calling the Prime. The last generation of Plug-In Prius only had a seven-mile range in the real world, how much better is the Prius Prime? That’s what we find out on this episode of Rumblestrip.NET and Ten Minute Test Drive. 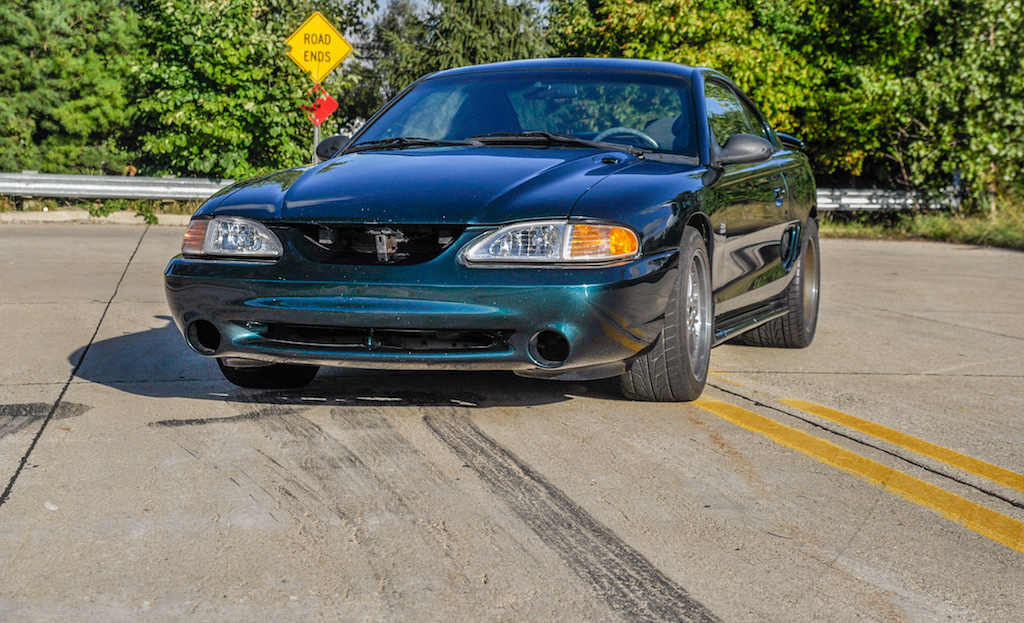 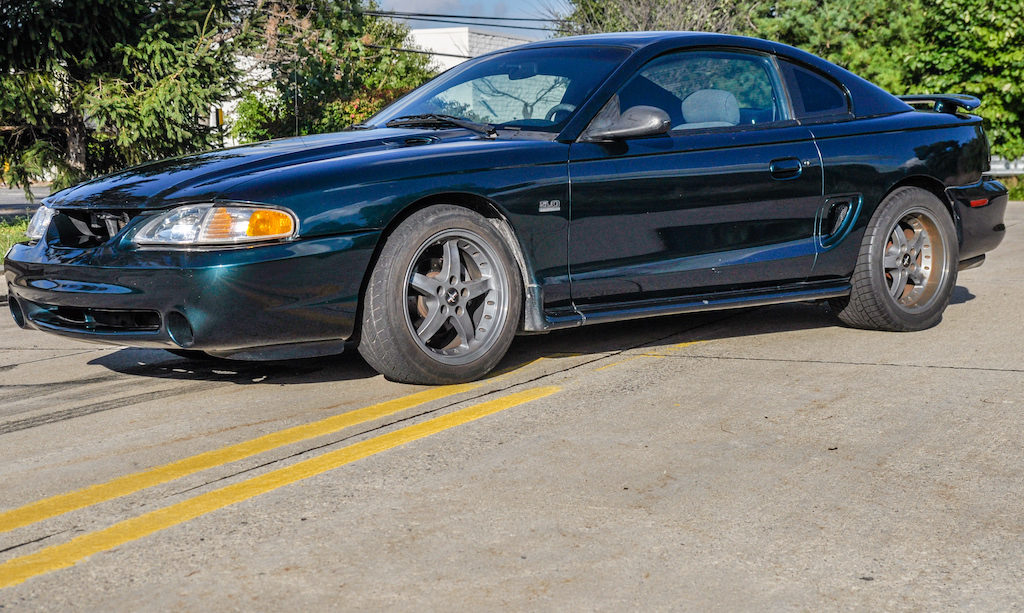 Well kids, the time has come to move on from the Mustang.  This has been a fun, at times, project, and I’ve done most of what I set out to accomplish with it.  Sure there are a few things it has yet to do under my ownership, first and foremost being a pass in anger down the dragstrip.

Given that I’ve started to travel more for work, and my work load has increased about 50% in the last 18 months, the truth of the matter is I just don’t have the time for it, and it deserves to go to someone who does have the time.

So, here is what’s on offer:

END_OF_DOCUMENT_TOKEN_TO_BE_REPLACED

Nissan brought us out for a quick look at their new half ton 2017 Titan. They are once again trying to take on the juggernauts of Ford F150, Chevy Silverado, GMC Sierra and Ram as well as Toyota Tundra.

How does this new Nissan Titan stack up in the half-ton market? That’s what we find out on this episode of Rumblestrip.net and Ten Minute Test Drive.

This interview with Claudio Corti was at Canadian Tire Motorsport Park during the season finale for the Canadian Superbike Series. Claudio and the Houston Superbike Aprilia team were up to test and see what they could do against the Canadians.

Review coming shortly, here is a demo of the Ford Track Apps, well, two of them, the line lock, and the launch control.

Editors note: Our colleague Patrick Rall had this column pulled by his normal publisher because somene got butthurt over it, and threatened to go to the publications advertisers over it.  We are publishing it because, even if we do not agree with the entire column, it deserves the space, if for nothing else but to keep the debate open. It was announced yesterday morning that the BBC has opted not to renew the contract of Top Gear host Jeremy Clarkson after the outspoken Brit smacked one of the show’s producers, but all the company has done is effectively execute their most popular show in order to bolster the ego of a producer that could have easily left the show without anyone noticing.

Jeremy Clarkson is regarded by some as one of the most obnoxious men in the world, but to the automotive community, he has become one of the most recognizable faces (and voices) in the world.  Clarkson has offended a long list of ethnicities around the world with little more than a slap on the wrist from the BBC (British Broadcasting Company) for things that would have gotten an American television host a sit-down with the federal government.  However, when Clarkson slapped one of the show’s producers over a catering snafu earlier this month, production of the show was suspended and rumors were floating around the internet that Clarkson would be fired from the show.  This seemed unlikely, as Clarkson as undeniably the nucleus of the globally popular show, but this morning it became official – Jeremy Clarkson is no longer a member of the Top Gear cast.

For those who hated Clarkson for the fact that he could freely speak his mind on TV without facing criminal charges (like he would have in the US for saying the same things), this is a huge victory, but for those who loved Clarkson for his straightforward views on the automotive world and those who loved Top Gear, this is a crushing blow – as it will almost certainly lead to the end of the long running program that has become one of the most popular British shows broadcast around the world.

The Shot Heard ‘Round the World
Earlier this month, news spread quickly around the internet that filming of Top Gear had been suspended when Jeremy Clarkson slapped one of the show’s producers.  Those reports evolved a bit, with the later reports stating that he actually punched the producer in the mouth. Some reports even stated that he had grabbed the hair of the producer and slapped him while in the grasp.

More information followed – seemingly with far greater degree of accuracy – explaining that Clarkson had struck producer Oisin Tymon and the reason was that after a long day of filming, Clarkson came to the hotel for a nice hot dinner, only to find a cold meat and cheese plate.  Evidently, the hotel kitchen was closed and because of that, the production team couldn’t provide the host with a proper hot meal and for that reason, Clarkson blew up on Tymon.

Reports indicate that Tymon and Clarkson had a heated exchange while face to face and at some point, the TV show host took a swing and popped the producer in the face, allegedly bloodying Tymon’s mouth.  After that, the two were separated and they went on with their evening without incident (although some outlets indicate that Tymon filed a complaint of his own), but after being pressured by co-workers, Clarkson notified the BBC management that he had struck the producer.  The BBC quickly suspended filming of the show and began an inquiry into Clarkson’s future with Top Gear.  Today, that future was decided, as the company has officially bid farewell to the man who made the show was it is in favor of a producer who no one cares about outside of his family.

Oisin Tymon has Killed Top Gear
While punching a guy over the inability to produce a decent hot meal seems like a bit much, we have all wanted to punch a coworker from time to time – so leave it up to Clarkson to do what we have all thought about.  However, in the grand scheme of things, Oisin Tymon should have taken the punch with a smile and asked for another while working on getting Jeremy Clarkson a proper hot meal.

While Tymon probably considers himself a key cog to the show’s success, the truth is that if this 36 year old nobody was to fly off into space tomorrow, fans of the show around the world would have never noticed or cared.  Tymon means nothing to the ongoing success of the show and considering his age, he had nothing to do with the show becoming such a global hit.  On the other hand, Jeremy Clarkson has become the face and the voice of Top Gear.  Sure, Richard Hammond and James May are vital components of the show as well, but there is no question that Clarkson is the main attraction.

Now that the main attraction has officially been axed from the show in order to protect the delicate ego (and face) of producer Oisin Tymon, it seems unlikely that the show will continue without Jeremy Clarkson. I expect that the BBC will attempt to fill Clarkson’s shoes and perhaps Tymon will have a solution.  Then again, the guy couldn’t get the star of the show a hot meal late at night, so I don’t expect that he can find someone to replace one of the most recognizable faces in the automotive world.

Worst of all for both the producers and fans of Top Gear, there are rumors that both Richard Hammond and James May have stated that they wouldn’t stay on if Clarkson was removed from the cast.

In the long run, Oisin Tymon’s career will likely take a pretty major hit, considering that he was the one who started the wheels in motion which eventually drove Jeremy Clarkson out of town.  Had Tymon been competent enough to get a hot meal for the TV host, Clarkson would still have a job, Top Gear would still be pumping out new episodes and fans around the world would still love the show.  Instead, fans are outraged, the show seems to be suspended, Clarkson is no longer a member of the cast, the other two hosts may be leaving and Oisin Tymon is still the producer of a show that far fewer people care about.

Really, Clarkson should have punched him twice – once for screwing up that dinner and a second time for ruining Top Gear.